A casket carrying the body of late Supreme Court Justice Ruth Bader Ginsburg arrived in front of the Supreme Court, after which her family, friends and fellow justices attended a private ceremony in the court’s Great Hall. Ginsburg’s former law clerks served as honorary pallbearers, lining the front steps when her casket arrived at the court, and Supreme Court police officers served as pallbearers.

CBSN is the first digital streaming news network that will allow Internet-connected consumers to watch live, anchored news coverage on their connected TV and other devices. At launch, the network is available 24/7 and makes all of the resources of CBS News available directly on digital platforms with live, anchored coverage 15 hours each weekday. CBSN. Always On.

Get the latest news and best in original reporting from CBS News delivered to your inbox. Subscribe to newsletters HERE:

Get your news on the go! Download CBS News mobile apps HERE:

Get new episodes of shows you love across devices the next day, stream CBSN and local news live, and watch full seasons of CBS fan favorites like Star Trek Discovery anytime, anywhere with CBS All Access. Try it free! B

choose your news on demand

U.S. Park Police say they are ‘reviewing’ charges against …

Two teens are tackling Covid-19 through science and innovation …

Listen to leaked call of Trump bashing Fauci to …

Tapper: This Fox News clip is so gross … … 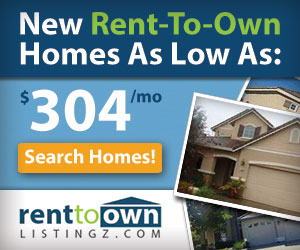 Stephen A. doesn’t think the Chiefs can be stopped …

India Oxenberg on Not Doing The Vow and Her …

Ryan Tannehill on why he’s been so good and …

U.S. Park Police say they are ‘reviewing’ charges against …

India Oxenberg on Not Doing The Vow and Her …

90 Day Fiance: Yazan’s Dad FIRES Him Because of …

RHOP: Candiace on Being Done With Monique and Her …